Franz Borsova – co-founder of the National Arborists Association of Australia.

Richard Essam – head of the Ontario Union of Arborists and Loggers.

Sebastian Junger – author of Perfect Storm and War, before becoming a journalist, was an arborist in Massachusetts. 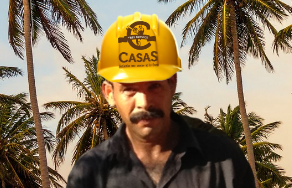 Chuck Leavell – two-time recipient of the Georgia Tree Farmer of the Year award, and author of the children’s book, The Tree Farmer. In 2006 Leavell was appointed by Governor Sonny Perdue to the Georgia Land Conservation Council. He is also an accomplished jazz pianist and keyboardist for the Rolling Stones.

Liam McGough – a contestant on the British version of Big Brother.

Cass Turnbull – founder of Plant Amnesty, a non-profit education and advocacy group, and author of pruning and gardening books.

Benjamin White – a working arborist until injured in a fall from a tree, Benjamin White became an environmental activist, worked as bosun of the Sea Shepherd Conservation Society, and created the sea turtle costumes worn at the anti-WTO protests in Seattle during 1999.

Mark Hartley – Actively involved in forming the Australian National Arborist Association and introducing Standards Australia AS 4373-1996. Mark was awarded the Award of Merit from International Society of Arboriculture – In recognition of service in advancing the principles, and practices of arboriculture. (This is the highest honor bestowed by the industry).

No Replies to "Notable Arborists"

Got something to say? Cancel reply